“Making big dreams happen.” A simple answer from Nancy Webster about what she loves about her industry, but one filled with sincerity. 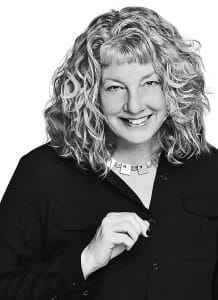 I can hear how much she believes in the sentiment as I speak with her—she doesn’t pause to think about her response or consider the question in a different context. It’s an honest answer from someone who truly loves what she does and believes in the arts.

Webster knew she wanted to work in the arts industry from a young age, she just wasn’t sure in what capacity. She participated in a lot of theatre and was a musician (she played the French horn, piano, and guitar), active in youth orchestra, and one of her first jobs as a teenager was working at a concert hall. Her options were wide open, but she was still unsure of her direction.

After graduating university with a degree in theatre, Webster found herself working with the Toronto Free Theatre “a million years ago,” she remembers, laughing. “I started exploring it and it interested me and I discovered I had a capacity for it.” Realizing she had a flair for administration, Webster settled in and over the years worked in senior and executive roles with the Toronto Fringe Festival, Canada’s National Arts Centre, Factory Theatre, and more.

Webster currently serves as the Executive Director at Young People’s Theatre in Toronto, the city’s oldest theatre company. It is a national producer of theatre for younger patrons, and is the first of its kind in the country. In the more than 50 years since its establishment, the company continues to strive for its goals of developing new work and creating partnerships with different theatre companies on a global scale. It also offers workshops, has four drama school programs, educational initiatives, and multiple training and apprenticeship opportunities. 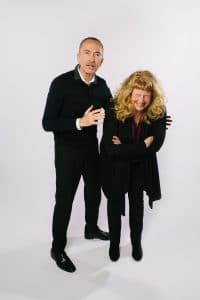 Over her long career, Webster notes two things she thinks have given her a leg up. The first is having knowledge about the vital impact of fundraising, remarking she has almost gotten every position she has applied for because that’s where she started out. “If somebody starts out as a fundraiser in the performing arts, that coveted skill makes them attractive to higher-paying institutions like hospitals and universities. So if one sticks to the performing arts, that experience is premium in the industry.” Sticking with the arts has made Webster a valuable asset to her field.

The other thing she mentions that has helped her become such a recognizable name is her volunteerism and networking. Webster was the president of the Professional Association of Canadian Theatre—“which was like having another fulltime job on top of having my job,” she chuckles—and not only learned about the issues of large and small theatre companies, but also met artists from all over the country, something she says is tremendously rewarding. “You’re constantly learning from other folks you wouldn’t normally have a chance to meet,” she explains.

She shares that she’s met managers from the largest theatres in Ontario to the most remote ones in Newfoundland that are, surprisingly, thriving. “Getting to know some of the people like that and seeing how different their job is to [mine]—running an institution in a big city—it’s a very different thing. But at the same time, you’re both trying to achieve some of the same things. There are so many exciting regional theatres across our country that are just in tiny communities that sprung up out of nowhere 30, 40 years ago and they’re doing exciting, professional work.”

Women Leaders In The Arts

Of course, it’s not all fun and games. When I ask Webster if she’s ever felt disadvantaged in her career because she’s a woman, she answers matter-of-factly. “Yes, I think any professional woman feels that way sometimes.” She shares the results of a study done numerous years ago that looked at women in Canadian theatre, which explored the different positions men and women had in the field. The majority of the leadership roles were held by men.

“They did the study again a few years ago and the numbers hadn’t changed,” she says, much to my surprise. “It’s shocking, and when the numbers came out and they hadn’t changed, it was like a wake-up call,” she elaborates. “One of the studies that was done looked at salary levels and they could see that women traditionally have the role of managing director or executive director. But at larger institutions you would see that more often the men would have the executive director role. And when the man had the ED role, they were paid more.”

Though she admits it doesn’t happen to her much anymore, she emphasizes that women being at a disadvantage in her industry is still happening, despite it being 2019. When asked what other challenges she faces at her job, Webster names the one thing that has plagued her field since the beginning of her career. “For any arts administrator, whether it’s theatre or any other kind of performing art, it’s always the issue of generating revenue,” she says. “It’s to make sure you can do the things that you want to do. If you’re trying to achieve a specific artistic vision and making sure you have enough money to do it—and pay bills—it’s the hardest thing and always will be in the non-profit arts administration industry.”

She points out that generating money for the arts has not become easier since she started her career as an assistant fundraiser. She notes how philanthropy, while the field has evolved over the past 30 years, it doesn’t have quite the same roots as it once did. “People gave purely for philanthropic reasons because they were mission driven—they wanted to see something achieved,” she says. “ [Now] I think it’s a lot more to do with marketing, it’s a lot more to do with, ‘What’s the bang for my buck? If we’re going to support this organization, what do we get for it?’”

Webster confesses she’d like to see more funds be put toward theatre renovations throughout the country. While audiences gaze upon beautiful sets design and grand seating, Webster points out they don’t see the poor conditions that may be hiding backstage. Often, small- and medium-sized institutions are not nearly as up-to-date as their larger counterparts. She even notes that university theatres are probably the most well-equipped in the country, much to the shock of new graduates who start their career at a small theatre.

However, the cons aren’t enough to outweigh the pros. There’s no doubt how much Webster loves what she does. She’s obviously good at it: For her contributions to the arts community, she has been honoured with awards by the Toronto Community Foundation, the Professional Association of Canadian Theatres, the Toronto Alliance for the Performing Arts, and more.

When she’s not running things at Young People’s Theatre, Webster stays busy with many hobbies. She boxes with a trainer and often swims and hikes with her husband at their seasonal home north of Toronto. She is an avid knitter and does needlepoint as well.

But at the end of the day, it all comes back to her favourite feeling of making big dreams happen. “When somebody has a really compelling idea, artistically, or in the case of the theatre that I work for now, sometimes what those programming ideas are [revolve around] education, about helping children to see things in a different way, or to develop themselves in a different way. When you can serve that vision and make it happen, it’s so exciting, it’s so satisfying.”

Webster continues to stay busy and active in her field, helping create art and make dreams come true. After all, the show must go on.

Previous Article
Caring for the spouses and caregivers who love and support those with PTSD
Next Article
The beginning; It’s all about the seed

We at Alpha Woman Co had the pleasure of speaking