In The Raw is a bi-weekly column that shines the light on women in our communities doing simple yet extraordinary things. This week we talk with a woman dealing with anxiety and depression and her journey back to wellness.

It felt like a demotion. An actual stepping down in life. It felt like being told – your life, the way you’ve led it so far? A sham, a lie. This is your reality- you are indeed a big zero.

You might be rolling your eyes at my dramatic tone but when I stepped onto the tarmac at Pierre Elliot Trudeau International airport in the freezing winter of 2017, I immediately recoiled. My heart slammed against my chest and taking in mouthfuls of chilly, snow-frosted air did not particularly help at that moment.

I blamed it on the anxiety of course. Depression, crippling anxiety, separation anxiety, fainting spells, a mild personality disorder, panic attacks- I had hit the jackpot.

My life as a newcomer from the warm embrace of Kerala (a province known as God’s country in India because of her stunning bounty- green, lush topography, serene backwaters, I could go on forever…) to cold, cold, Montreal began predictably- hating the snow, puzzled by the locals who insisted on speaking French, staring at the possibility of a “survival” job.

The fact that I was guzzling down about seven different medications on a daily basis which still didn’t prevent the sit-bolt-upright-in-the-middle-of-the-night phenomenon that had become a daily routine for me, wasn’t helping me settle down in my new home. 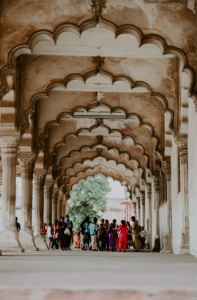 Did I mention that I was all of 27, just married, with a husband who was a road warrior (a term for IT consultants who travel from Monday to Thursday, every week, all year, for years!) who loved living in Canada? Well, he had stayed in Toronto and Montreal as a student and he all but adopted a moose and portaged to work- he had so much love for his new home.

Me? I had left behind a flourishing career in marketing and public relations in India, where I commanded a team of 30, countrywide. I travelled widely, binged on street food in Mumbai, Delhi and Allahabad, hobnobbed with the literati and glitterati alike. I was living the dream. Which I discarded for love, (I do not regret it) turning my life upside-down.

Food tasted wrong. I had no friends. I did not know what to with myself when I opened my eyes every morning. My body rebelled – my body which had been my temple stood in ruins, and in about a year’s time I lost about 15 pounds. My husband and I fought everyday- “You aren’t trying”, he flung at me. “You’ve abandoned me” I flung right back, sounding eerily like an actor from the Indian daily soaps that I loathed.

But I had to deal with it- I began seeing a therapist. I took French lessons and I smiled and chatted with every single person I met on De la Gauchetière Street. A friend suggested starting a gratitude journal. And I did feel gratitude- as I scoured the vintage shops in old Montreal, as I sipped my tea in the quaint little coffee-shops on my street, as I cuddled up to my new cat, Minou, as I landed my first gig with a well-known event management firm.

I volunteered to help out at the local jewellery store- being surrounded by pretty trinkets soothed my soul and the owner had been incredibly supportive in my initial days in the city. Her kindness continues to be a balm. Despite feeling like I am slowly getting back on my feet, I continue to experience episodes of intense panic and hopelessness.

My relationship with my husband has lost some of its joy and I can sense him tiptoeing around me when he anticipates one of my dark moods coming on. A colleague mentioned CBD (Cannabidiol) oil that her cousin in Denver had tried and suggested I look it up.

Cannabis is all set to become legal this fall and like many others, my interest is piqued. I have been reading about how CBD helps control anxiety and depression. I’m talking to my doctors and seeking out people who’ve actually walked the same hellish path as me, looking for alternative ways to get better. If you have a story about how Cannabis has helped you with anxiety or depression, I’d love to hear in the comments below.

It’s one day at a time for me. I’m determined to reclaim my Alpha status.

To Become More Productive and Focused in Your Life, Make Rest and Rejuvenation a Priority
Annie Gaudreault June 24, 2021

A newcomers journey with anxiety and depression
Baisakhi Roy August 30, 2018

To Become More Productive and Focused in Your Life, Make Rest and Rejuvenation a Priority