When you bring up cannabis nowadays its hard to say what reaction you might get.  Especially if you are a woman.

Women are projected to be the largest consumers of legal cannabis products in North America, however 77% list social stigma as a leading deterrent for trying cannabis-based products. Social stigma. Not negative health effects, imprisonment or other, societal reasons. 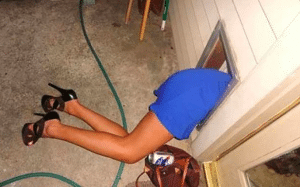 Compare this with the socially acceptable alcohol. A recent, global study on the effects of alcohol on health is damning indeed. Evidence now shows that alcohol kills 2.8 million people every year globally, causing cancer, heart disease, road accidents and more, researchers from The Lancet Study reported last Thursday. Researchers found no evidence that light drinking might help keep people healthy and said there’s no evidence that drinking any alcohol at all improves health.

In fact, according to the Lancet study, alcohol use comes in seventh as an overall cause of death around the globe and experts are now saying that no amount of alcohol is now safe.

It is important to be cautious as cannabis research is scant and therefore we don’t know yet what the long-term health consequences of cannabis consumption. While social stigma is clearly a hugely motivating factor in not divulging cannabis personal use for recreational – or even medical – uses, if one stacks up the data, perhaps more women should think about pushing aside that glass of wine, even if it is socially acceptable.

As with any other substance that alters our body chemistry, we must be careful when consuming cannabis products. Studies have found that THC can exacerbate certain preexisting mental health conditions in some people, particularly younger users. Cannabis use has also been cited, albeit controversially, as a contributing factor in a handful of deaths of people with underlying cardiovascular conditions.

Due to the endocannabinoid system that is found in all mammals, the cannabis plant also possesses documented health benefits. Since ancient times, cannabis has been used to alleviate pain, anxiety, depression, sleeplessness and more serious illnesses such as Epilepsy, Parkinsons Disease, Multiple Sclerosis and other neurological conditions.

With more research will come more clarity into the adverse effects of cannabis. We are only at the very tip of discovering what the plant can do – exciting discoveries lie ahead. In the meantime perhaps there are other, less destructive, cannabis-based recreational alternatives to alcohol that people can start to explore without fear of imprisonment or social stigma come October 17th.

Next Article
An interview with Abi Roach

She2.0 Podcast Interview: The Truth About Alcohol