With so much time spent at home these days, it’s important to make any time spent viewing programming of some sort of value, even if it’s just diversion. Here’s our weekly list of the top 5 shows for Alpha Women to watch for the week. 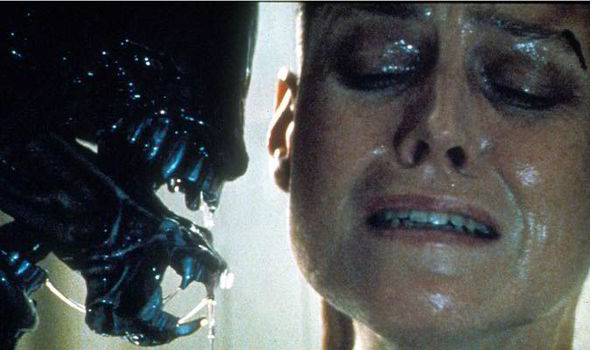 Has there ever been a more bitchin’ Alpha Woman in the history of film than Sigourney Weaver’s Ellen Ripley? Our favourite is the first in the Alien franchise: Alien. But did you know that Weaver is considered to be a pioneer of action heroines in science fiction films? Her role in Alien earned her an Academy Award nomination in 1986 and is often regarded as one of the most significant female protagonists in all of cinema. Additionally, In 2008, it was ranked by the American Film Institute as the seventh-best film in the science-fiction genre, and as the 33rd-greatest film of all time by Empire Magazine.

This film about an epic battle of human vs. alien is as gripping as the first time you watched it. Alien is available on Prime Video.

Prepare the tissues and also, prepare for your feelings about cannabis to change forever. This beautiful film about how medical cannabis is helping treat children with cancer is a stunning clarion call for more research on cannabis as a healing drug for cancer patients. The documentary follows the lives of patients, their families as well as companies that are providing this life-changing medicine.

Weed the People is available on Netflix. 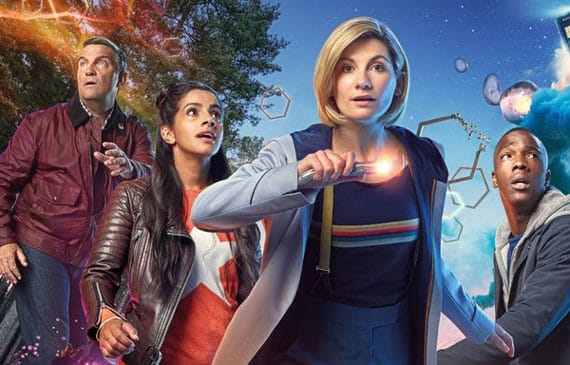 Jodie Whittaker shook up the 55 year-old Doctor Who Franchise when she became the first female Doctor in the history of the show in its 11th season. The show is currently in its 13th season.

In case you weren’t aware,the Doctor is a millennia-old Time Lord from the planet Gallifrey who travels in time and space in her TARDIS, frequently with companions. When facing death, the Doctor can regenerate their body; and in doing so gain a new physical appearance, and with it a distinct new personality; this plot mechanism has allowed the Doctor to be portrayed by a series of actors over the decades since the programme’s inception in 1963.

Whittaker’s Doctor is a light-hearted adventuress with a passion for engineering, placing a high value on friendships and always striving for non-violent solutions. Her trusty companions are part-time warehouse worker Ryan Sinclair, retired bus driver and Ryan’s step-grandfather Graham O’Brien and probationary police officer Yasmin Khan, all of whom she met shortly after her regeneration.

We’re particularly in love with how this season is focusing on very real problems the planet is facing such as the climate crisis. Great entertainment with a purpose. Season 13 is available for viewing on Flixtor. 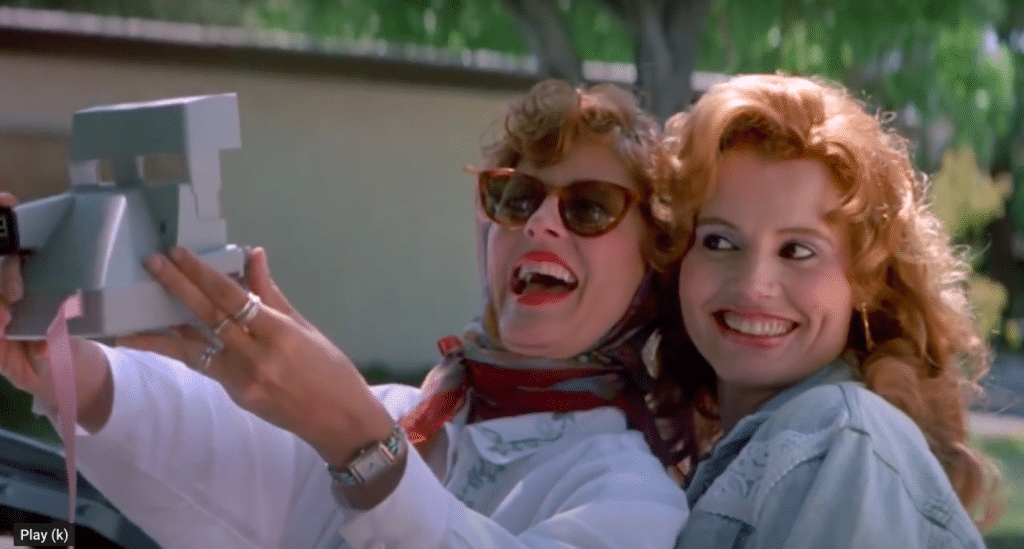 Thelma & Louise is a 1991 American female buddy road film directed by Ridley Scott (another Ridley Scott film!!), starring Geena Davis as Thelma and Susan Sarandon as Louise. The much beloved, classic film follows the two friends who embark on a road trip and end up in unforeseen circumstances.

And we would remiss if we didn’t mention Brad Pitt’s star turn as Thelma’s love interest. The film launched his career, and rightly so, it’s hard to take your eyes of him when he is on camera. The film can be found on Prime Video.

The Great Hack is a 2019 documentary film about the Facebook–Cambridge Analytica data scandal. The film opened up the extent to which military-grade communications are being used as a marketing weapon to influence voters, and change the geo-political landscape.

At the centre of the expose of Facebook-Cambridge Analytica are Professor David Carroll of Parsons and The New School and two women: Brittany Kaiser (former business development director for Cambridge Analytica), and British investigative journalist Carole Cadwalladr whose extraordinary work in exposing this scandal earned her a nomination for a 2019 Pulitzer prize. Their stories interweave to expose the work of Cambridge Analytica in the politics of various countries, including the United Kingdom’s Brexit campaign and the 2016 United States elections.

This is an important documentary to watch, not only to understand how politicians influence voters in today’s media but also to watch two brave women step up to the table to do what is right.

The documentary is available for viewing on Netflix.