While at the Lift&Co Psychedelic Business Summit in November 2021, I had the chance to sit down and chat with Irie Selkirk, who chaired the conference. It was an exceptional, forward-thinking conference of medical professionals, businesses and regulators sharing the latest in clinical research, legislation and approaches to public health and safety regarding psychedelic medicine. 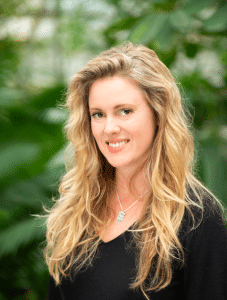 Irie is a social entrepreneur and pioneer in the plant medicine space. In addition to co-founding a pharmaceutical company and wellness retreat, Irie also founded the Toronto chapter of MAPS Canada (Multidisciplinary Association for Psychedelic Studies) where I recently joined to volunteer on the Policy and Advocacy committee.

The conference largely focussed on the healing potential of psychedelics for the millions of people struggling with mental health conditions, especially now as we’re living through an unprecedented mental health crisis that shows no sign of abating.

There is a tremendous need for innovation in mental health care — with 4,000 Canadians dying every year of suicide, that’s an average of almost 11 suicides a day. People need our help; painstaking wait times to even see a therapist, and a lack of space and hospital beds for patients is a disaster. But with attitudes about mental health issues changing for the better and science advancing, my interview with Irie certainly helps me feel optimistic that there will be a legal and equitable future for these natural medicines.

Raised in Jamaica, Irie experienced a liberal childhood, and as a result, she grew up with a stigma-free appreciation and understanding of natural healing substances.

Irie became deeply involved in the cannabis space in 2015 when her daughters’ father was diagnosed with multiple scleroses. They started navigating the MMAR and MMPR (Marihuana for Medical Purposes Regulations), the legal system programs which evolved into the ACMPR (Access to Cannabis for Medical Purposes Regulations) in 2016, and the Cannabis Act in 2018, as the latest version of laws for individuals accessing medical cannabis. Nonetheless, it was difficult to understand the complexities of the law and the limitations for a patient.

“I fell into an advocacy role because it was necessary.”

At this time, Irie began working directly with patients who did not feel like they had the right language to discuss cannabis with their doctors. Irie found herself in women’s groups, dealing with women suffering from depression, and she noticed the lack of community and support for early motherhood in particular. There are many women who are terrified because they “don’t have the words for this. And are scared to say this to their doctor.”

Irie shared a story with us, “I remember speaking to a woman who was in a methadone clinic and was 6 months pregnant, they were upping her methadone and she wasn’t allowed to consume cannabis and I thought this doesn’t make sense.”

“I was angry the system was the way it was. I wanted to effect change in that way.”

At this point, she started becoming more involved and supporting dispensaries with information and connections to doctors to help people find the right resources, and naturally, Irie fell into a role as an educator. She worked with LPs and started outreach and education for a number of emerging retailers. She became the bridge between culture and commerce.

Cannabis is a great aid for sleep, inflammation, pain reduction, and stress relief –  but when you’re still wondering what’s wrong with your mental health, asking yourself why you’re so depressed and questioning the human experience, that’s when other plant allies and psychedelics come into the picture. I asked Irie about her experience with psychedelics:

“Psychedelics brings a feeling of oneness and connectivity. I always knew this existed in the human condition and it always made most sense to have a stronger connection to others and to the world, but with the therapeutic aspect of psychedelics,” it’s intense and transformative.”

The Origin Story of Rise Wellness and Goodcap Biotech Company 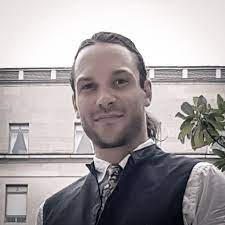 Irie and Darryl had a unique opportunity to legally work with psychedelics in Jamaica, collecting data and adjusting formulations that were significantly improving peoples’ quality of life. The transformations they were seeing in people were so profound, Irie and Darryl were motivated to develop safe and effective psychedelic treatments – it was clear that current treatments and medications were just not doing enough for so many individuals.

“With my natural medicine background and Darryl’s expertise, we put things together that worked, and out of that, we were able to study the different effects of these therapies, and over time we found something that worked.”

Irie founded Rise Wellness Retreat on the belief that a combination of natural medicine and mindfulness can instil a sense of purpose into our lives, connecting us with ourselves and those around us in a healing and meaningful way.

“We then brought the formulations here to Canada and asked ourselves if we could do something with our discovery.”

Irie and Darryl founded Sansero Life Sciences (later Goodcap Biotech Company), a life sciences company developing psilocybin-based therapeutics. They aim to bring their formulations to the market with a focus on the impact of inflammation and an immediate focus on mental health. They are currently in the stage of conducting clinical trials and obtaining FDA approvals.

“I don’t know if psychedelics will be both a consumer and a therapeutic industry to be perfectly honest; the financial engines are here so it’s going to be public market. My hope is that these resources can create greater access and education that arises from those larger companies and public markets. There will be a pharmaceutical and medical approach, which I wholeheartedly support.  But this is not for everyone.”

“I’m also supportive of people who are in decriminalize nature movements. These are mother plants and plant allies to us and are the people who did the work who got us here, they disobeyed unjust laws and were all here for it. I think it would be unethical if we didn’t support that in some manner.”

Irie is a consummate Alpha Woman in her bravery to stand up for what she believes in and just go for it. Chart your own life. I asked Irie if she always knew she was going to be an entrepreneur.

“I don’t like working for other people and feeding a dollar machine that I don’t see focusing on sustainability and regeneration for our society, so starting a business is kind of like a necessity, I had to figure out this company thing real fast!”

I’ve fallen into leadership roles many times and now that I’m older, leadership is mostly service. I’m always better when I’m helping other people. I always want to fix what’s wrong. I never see myself as a leader, it’s like this incredible Imposter Syndrome, but when you start saying things out loud the truer they become, and then you have to do something about it.”

“An Alpha Woman is a Matriarch. She is a woman who naturally falls into the role of wanting to nurture and see things emerge naturally. To create and see things grow. Mother Earth vibes, and whatever you code that as: an executive businesswoman or a soccer mom.”