Periods From the Perspective of a Third-Culture Global Citizen

Menstruation, even in the 21st century, is still taboo. It doesn’t matter where you’re from or how liberal you believe your thinking is, bodily fluids exerted by a menstruator once a month is more shocking than bodily fluids exerted on the daily, every morning, by everyone globally. As a woman who menstruates who has grown up in both developed and developing nations, I can say with certainty that my experiences, as different as they were in each country, were essentially identical. 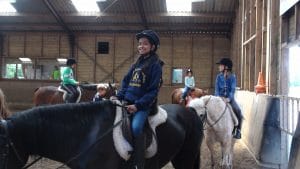 First week of horse-riding lessons in grade six in The Netherlands.

I am a woman, I have endured my periods in isolation. Even though I grew up relatively privileged, in expat communities and international schools, the host country, or country I lived in had a significant impact not only implicitly through what was taught in school, but also explicitly via the people I interacted with.

Periods From the Perspective of a Third-Culture Global Citizen
Priyanka Srinivas July 13, 2021

Periods From the Perspective of a Third-Culture Global Citizen