With the conclusion of the 2022 Olympic Games in Beijing, I could not help but notice the lack of women in coaching roles. Clearly there are plenty of qualified, bad-ass female athletes that participate and win at the Games. So that brings about the question: “Why are there not more women coaches in sport?”

My Experience as a Woman in Sport 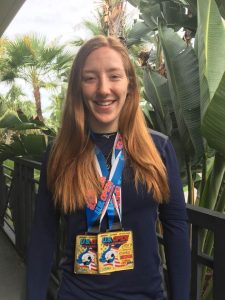 This discrepancy between men and women coaches has always been a fascination of mine. Over my twenty years of competing in Judo and participating in multiple junior/senior teams, there was never a woman head coach. Aside from that, there was never a woman on the coaching staff. Now, this is not to say that there is a lack of extremely qualified female coaches that would make excellent candidates for the position. USA Judo is brimming with qualified women that would make excellent coaches for their teams. Why are they not willing to fund qualified female coaches who would leap at the opportunity to coach a national team?

While I was competing, I was extremely lucky to be coached by 1988 Olympic Silver Medalist, Lynn Roethke. She is a phenomenal athlete who accomplished many firsts in the sporting world. As my personal coach, Lynn would attend all of the competitions and training camps, both nationally and internationally. On numerous occasions, Lynn would ask to be a member of the coaching staff that was selected for these events. Keep in mind, she is an Olympic Silver Medalist; who would be more than qualified to coach at these events? However, she was always shot down. USA Judo would pick the same head coach, and pay for all of his expenses. Lynn would still travel on all of the trips, as a self-funded personal coach. Why is USA Judo not willing to expand/reconsider its selection process for coaches when there are clear, qualified women that would jump at the opportunity?

Women in coaching is not just an issue in Judo. Across all sports around the world, there is still a huge gender gap when it comes to women in the sporting world. Female head coaches currently comprise 42% of head coaches of women’s collegiate teams at NCAA Division I institutions. Even though this is progress, there is still a long way to go. Many young women athletes need a strong, powerful role model to look up to. Having a woman coach that meets all of these qualifications would be truly inspiring for everyone involved. If women are not given equal opportunity to get involved in coaching, then how will we ever bridge the disparity?

Society should also take partial blame when it comes to gender equality in coaching. In today’s world, many people think of coaches as being men. This bias carries over to the hiring process. When job candidates are interviewed, there is already a predetermined bias planted in the interviewer’s mind about what the candidate should look like; specifically what gender they should be. If we as a society want to help the gender disparity when it comes to sport, we need to create a culture that provides equal opportunities for women in sports and coaching.

Lauren is a senior at Arizona State University pursuing her BS in nutritional science. Lauren was a competitive judo athlete for twenty years, ranked number one in her division as part of Team USA. Additionally, Lauren is an Assistant Store Manager at Starbucks and is part of their Elite Athlete Program. In her free time, this badass woman loves to read, workout, and cook. Lauren currently lives in Wisconsin with her Bengal Kitten, Casteel.