Britney Spears’ Conservatorship and Its Implications for Women Everywhere

An assumption I had for a long time was that celebrities really did have it all. Women who accomplished great things in their fields had control over their careers and were examples that if a woman wanted to achieve something, she could.

Instead, Britney Spears is proof that a woman may be at the top of her field, yet she is treated like a child, infantilized and controlled, physically, mentally, professionally, and financially. A woman may be one of the highest-grossing singers of all time, yet she has zero agency over any part of her life. A woman who was both implicitly and explicitly abused by the media was blamed, rather than supported for decades.

On the 4th of January 2008, Britney Spears suffered a very public meltdown triggered by a custody battle over her sons with her ex-husband. She overdosed on amphetamines and was placed under psychiatric hold. A short while later, her father Jamie Spears petitioned to conserve Britney Spears and succeeded.

According to US Law, a conservatorship is when an individual who is deemed to have physical or mental limitations is appointed a guardian or protector to manage their financial and daily affairs. Britney Spears is a “conservatee” while her father Jamie Spears is her “conservator”. Until 2019 he was responsible for both Britney’s financial and personal decisions. Now, after several requests for his removal, Jodi Montgomery is responsible for Britney’s personal affairs.

On the 23rd of June 2021, Britney Spears spoke about herself and her conservatorship for the first time in court. About the control, her father and the court had over her. She spoke about her mental health, being forced to work when she didn’t want to and revealed saddening and explicit details about the abusive arrangement and lack of support from her family. Her request for the right to live her own life on her own terms was denied.

The Most Troublesome Facts Revealed During Her Statement:

“Ma’am, I didn’t know I could petition the conservatorship to end it. I’m sorry for my ignorance, but I honestly didn’t know that.”

Spears was never advised that she could challenge the court in their decision. It has been 13 years and hundreds of people are benefiting from this arrangement. Everyone except for the one person it is claimed to help, Britney Spears. She did not choose for Ingham to represent her, and she now wants the right to handpick her own lawyer. Britney Spears, a multimillionaire, did not even know, she was not even told that she could pick who she wanted to represent her. She did not know that she had the right to petition to end her conservatorship, and had to do her own research to find out that she had this right. So, imagine how it must be for someone with far fewer resources than her? Fortunately, on the 14th of July 2021, Judge Penny ruled that Spears can now choose her own lawyer.

“I feel weird if I say no, I feel like they’re gonna come back and be mean to me or punish me or something.” 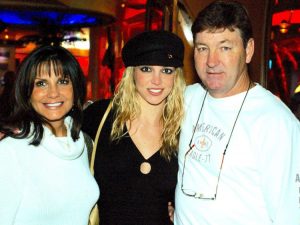 Spears with her parents, Jamie Spears on the right (Source: Newsweek.com)

Spears said no to a move in a show she didn’t even want to perform in. And her managers took this up with her doctors, claiming that she “wasn’t cooperating or following the guidelines” and that she was not taking her medication. Her attempt to control a tiny part of her performance resulted in her being forced to take lithium, which caused her to feel drunk. After an endless round of psych tests over the span of two weeks, Jamie Spears informed her that she’d failed them and was required to go to a specialized rehab program curated just for her that cost $60,000 a month. She claimed he “loved the control to hurt his own daughter”. If this is not toxic patriarchy at its finest, I don’t know what is.

“I have an (IUD) inside of myself right now, so I don’t get pregnant.”

The issue with this is not even whether she wants to have more kids or not (she does). It’s about the choice, about her right to make decisions for herself. She is stripped of any and every decision in her life by her team. She wants the simple joy of being driven around in her boyfriend’s car, of getting married, and having more kids. Yet she is denied these solely because an external group of people who claim to have her best interests at heart believe she is not stable enough to do so.

What Does This Mean and Why Should We Care?

Picture a male celebrity having a breakdown, and shaving his head publicly. Would he be forced to get a vasectomy? Would his mother be in charge of his finances? Would his family and the media mock, abuse, and taunt him? Spears symbolizes every woman today. She represents the inability of women to make decisions for themselves due to power imbalances existing in our patriarchal society. She represents the fact that few women around the world have autonomy over their own bodies. She represents the notion that a woman suffering, a woman in pain, should be silent or will be silenced. 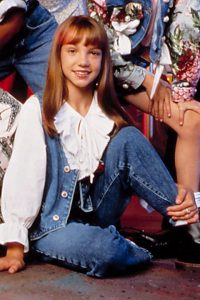 Britney Spears at 11 years old on The MMC (Source: Elle.com)

Britney Spears was abused and used by those closest to her not just for the past 13 years, but almost her entire life. At 11, she worked a full nine-to-six as her parents’ marriage was on the rocks and her father struggled with alcoholism. Her uncle, William, even recounted a story when Jamie Spears almost drove off drunk with a five-year-old Britney crying, before William stopped him. Her trauma must run very deep indeed. She needs healing. Her life, her body, and her money belong to her, no one else.

What it’s Really Like Living With an Eating Disorder
Gabrielle Samson June 24, 2021

Young Alphas Share How the Pandemic Has Impacted Their Mental Health
Gabrielle Samson May 31, 2021

Stressed? Then adaptogens may be just what you need!
Annie Gaudreault May 31, 2021 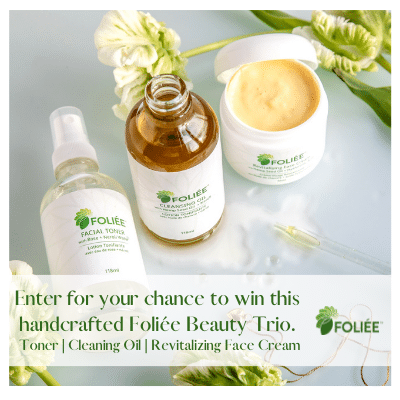 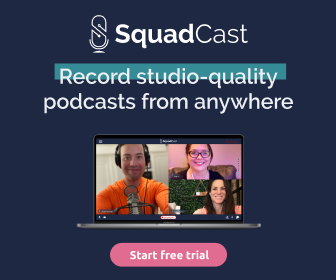 Britney Spears’ Conservatorship and Its Implications for Women Everywhere

What it’s Really Like Living With an Eating Disorder

Young Alphas Share How the Pandemic Has Impacted Their Mental Health

Stressed? Then adaptogens may be just what you need!