Why Beauty for All is Not Just a Trend

Beauty for all is not just profitable; it’s unavoidable.

The Problem at Hand

The lack of diversity in the beauty industry is nothing new. It wasn’t until 1989 that Naomi Campbell became the face of the September edition of Vogue. What should have been the standard was, in fact, the first time a Black woman graced the cover of the infamous magazine.

Yet, in the 32 years since that date, some has changed but not much. For example, 70% of Black and Asian women reported that mainstream brands were not meeting their beauty needs. However, this issue perpetuates beyond just makeup and extends to skincare. In the United States, Black dermatologists make up only a mere 3% of the industry. This is alarming since darker skin tones are more susceptible to hyperpigmentation and react differently to acne and eczema due to increased melanin. Yet, product testing is often not conducted on darker skin tones.

Until the years 2017 and 2020, such issues continued to be largely swept under the rug. And while these issues continue to persist, 2017 and 2020 were momentous for two reasons: they respectively marked the occurrence of the “Fenty Effect” and the “Beauty for All” movement. 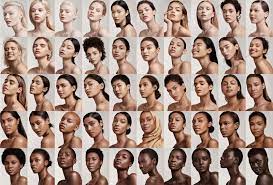 In 2017, a revolution occurred by the name of Fenty Beauty. The brand launched by music sensation Rihanna came with an extensive range of over 40 different makeup shades. This resulted in a new standard for the industry. In the years following the brand’s inception, the company brought in a total media impact value of $96.2 million, more than its major competitors, Anastasia Beverly Hills and Too Faced. This sent the resounding message to the rest of the industry as they watched from the sidelines, that it pays to be diverse. With it came the great scramble for companies to adapt and modify their product lines to change with the times.

However, Fenty alone hasn’t been responsible for the industry’s sudden change of heart. In 2020, as the BLM movement regained a renewed sense of zeal, the #PullUpOrShutUp campaign took root. The social media campaign called for brands to make the diversity of their employees and leadership teams transparent to the public. The results were by and large disappointing. With it came the rise of brands adopting the “Beauty for All” tagline. In doing so, brands recognized that inclusion and diversity needed to become embedded into their business models, given its relevance to customer loyalty and, by extent, brand success.

With the aforementioned in mind, my makeup journey has been far from linear. Growing up, I was never drawn to makeup like some of my friends were. When I did reach the age at which I felt ready to dabble in the craft, I was at a loss for where to start and felt I had grown past the age where one usually has room for error.

As a Black woman, I felt like my struggles had doubled. The makeup videos that would initially flicker across my TikTok for you page were often by creators with skin paler than mine. I felt this way until stumbling upon the Instagram account @makeupformelaningirls. 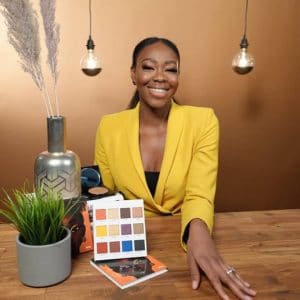 Tomi Gbeleyi created the platform after witnessing firsthand the need for makeup artists and the industry as a whole to celebrate diverse beauty. Since the creation of the platform, Makeup for Melanin Girls has become a beauty line and community that sells a range of products. Moreover, as an individual who fits Makeup for Melanin Girls’ target audience, I can attest to its importance. The platform has given me a starting point to dabble with makeup unabashedly, and in the process, I have gained a welcoming community.

So, for the marketing manager sitting in anticipation waiting for the next trend to emerge, I am here to inform you that diverse beauty is not simply a passing fad at the mercy of changing consumer tastes. It’s here to stay, and with it comes human implications. Thus, my message to brands is to be a proponent of diverse beauty for the right reasons. Be genuine, uplift the right voices, and wield customer segmentation as a tool in an appropriate manner.