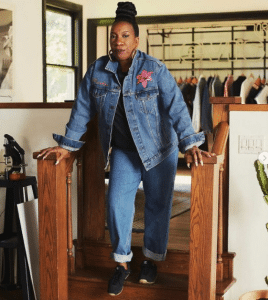 Tarana J. Burke is an American activist, survivor, and founder of the Metoo movement. Burke grew up in the Bronx New York and, as a young girl, Burke developed a passion for community organizing. She joined youth development organizations and helped launch initiatives around issues including racial discrimination, housing inequalities and economic justice. From there she attended Alabama State University (a Historic Black University) where her advocacy work continued throughout college.

During this time Burke found that a lot of females were traumatized from and surviving abuse without access to many resources, safe spaces or support. She started the #MeToo movement to give women the resources and support they so clearly needed and to obtain healing so they could move forward. Burke founded this movement in 2006 and by 2017 victims of sexual assault and harassment all around the world began telling their stories without fear of being ridiculed using #Metoo.

“When your life is forever changed by sexual violence, where can you turn? Who can help you? What are the words you need to hear most?” –Tarana J. Burke 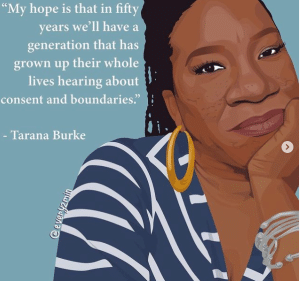 The Metoo movement is led by survivors of sexual violence committed to helping others suffering from abuse find their healing journey. As survivors themselves, they have the knowledge, skills, experience, imagination, vision, and creativity to effectively support and activate other survivors. This is done through resources for healing, justice, action and leadership such as survivor-led healing circles, survivor leadership training and college programs.

This movement is about removing the shame associated with sexual violence and gaining the confidence to freely speak up about their experiences. It is not just about helping those suffering from abuse find closure, but also about bringing an end to sexual violence and other systemic issues impacting marginalized people-particularly black women and girls. Burke believes that healing is not a destination but a journey, and her commitment to this process is bigger than any hashtag or viral movement. 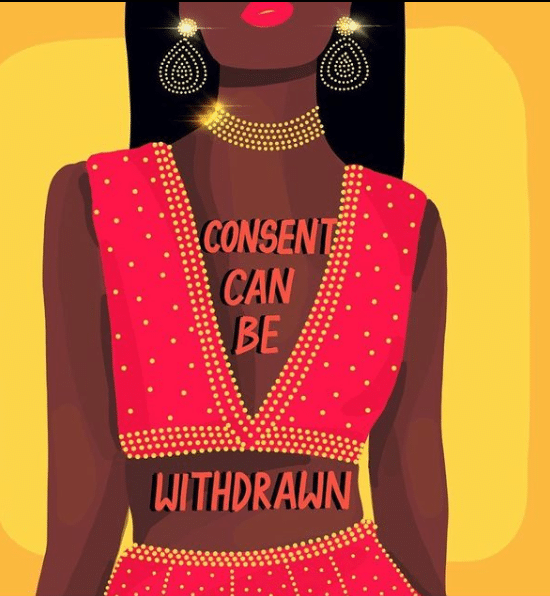 In 2017 Burke received the TIME Person of the Year award, the2019 Sydney Peace Prize award, and the 2018 Prize for Courage from The Ridenhour Prizes. Burke has written two books Unbound: My Story of Liberation and the Birth of the Me Too Movement and You Are Your Best Thing: Vulnerability, Shame Resilience, and the Black Experience.

Burke’s theory to “empower through empathy” changes the way the world thinks and talks about sexual violence, consent, and body autonomy. She has created and led multiple initiatives that have shone a light on harm targeted against communities of colour and continue to work to bring it to an end. Her work to end sexual violence has exposed the ugly truths of sexism, increased access to resources for saviours and is paving the way forward for expanding an exclusive movement.

I am a first-year student at the University of Ottawa studying Business Technology Management. Aside from my major I am very passionate about social justice and black excellence. A quote I live by is "You were born an original. Don't die a copy"-John Mason, in other words, we are created uniquely and we should embrace our differences rather than change them. My favourite leisure activities are reading (which I have started my mini library), any kind of creative work, and baking. I have big dreams of leaving my mark in this world and each day I am one step closer so darkening the print.

Meet the Black Women Making Waves in the Tech Industry