Meet the OG Mary Jane and Mother of Medical Cannabis

Today is internationally recognized as the day of cannabis. April 20th (or 4/20), is known as a day to enjoy cannabis freely and celebrate the amazing leaders who helped make legal cannabis possible. One Alpha Woman, in particular, Mary Jane, was a key player in legalizing medical cannabis and also advocated for AIDS victims through her activism.

Mary Jane Rathburn (nicknamed Brownie Mary) was born in Chicago in 1922. As a Young Alpha living in the WW2 era, she was passionate about social activism and fought for women’s reproductive rights and workers’ rights. In the 1960s, she focussed her passion on the counter-culture and anti-war movement, that we know today as the “hippie era”. In this hippie culture, there was huge emergence of young cannabis users in what’s considered by some as the “golden days of cannabis.” 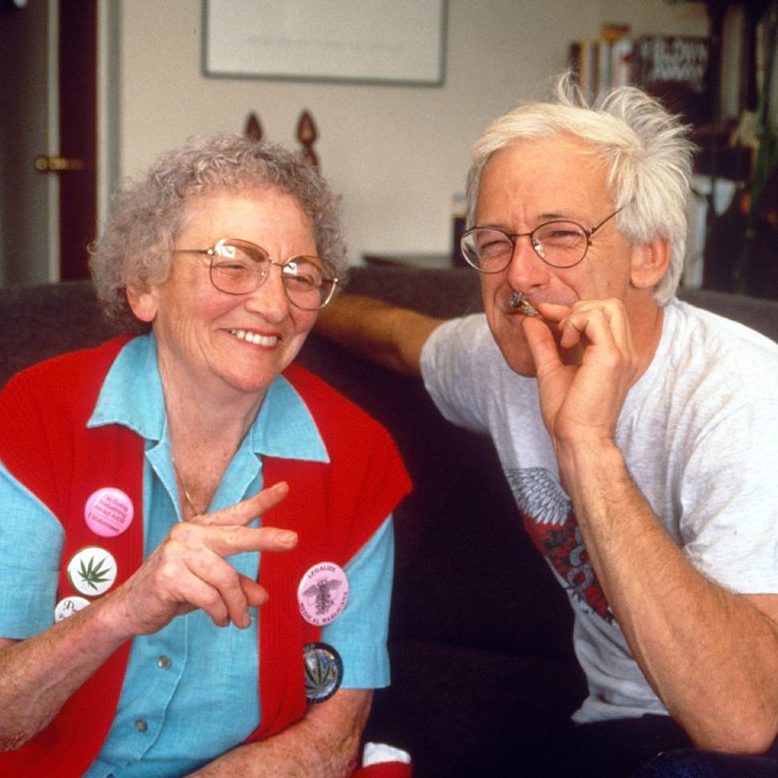 The 60s and 70s saw early cannabis activists like Allen Ginsberg, Dennis Peron and Ed Sanders, who used grassroots activism and counterculture movements to push cannabis to the forefront. Dennis Peron, a medical cannabis advocate, would smoke joints with Mary and spark her interest in the plant. While her interest in cannabis grew, Mary worked at IHOP in San Francisco as a waitress and would bake and sell pot brownies on the side. At the time, she would sell her brownies very openly and was quickly known by her nickname “Brownie Mary”. Unfortunately, her open business did not take off for long.

Cannabis was very illegal. With a long history of anti-Black racism and stereotyping, cannabis became demonized for its association with People of Colour. So in the 70s when Mary was caught twice within two years for selling cannabis, she had to move her business underground and start selling more discreetly. She was also sentenced to community service time, where she volunteered with the Shanti Project and at San Francisco General Hospital to support those impacted by the AIDS crisis. Here, a new form of social activism was born.

The Shanti Project is a not-for-profit organization based in San Francisco that helps support those living with HIV/AIDS. The organization was founded in 1974 and was especially important during the 70s and 80s, when the AIDS crisis was largely ignored, and even condoned by politicians and doctors. Since many Queer people were impacted by AIDS, the response to the crisis was heavily tainted by homophobia. The Reagan administration took years to publicly acknowledge the crisis, and when they finally did, it was accompanied by queerphobic comments about the victims and their “lifestyles.” So empathetic volunteers like Mary were a refreshing and much-needed presence in the AIDS crisis. 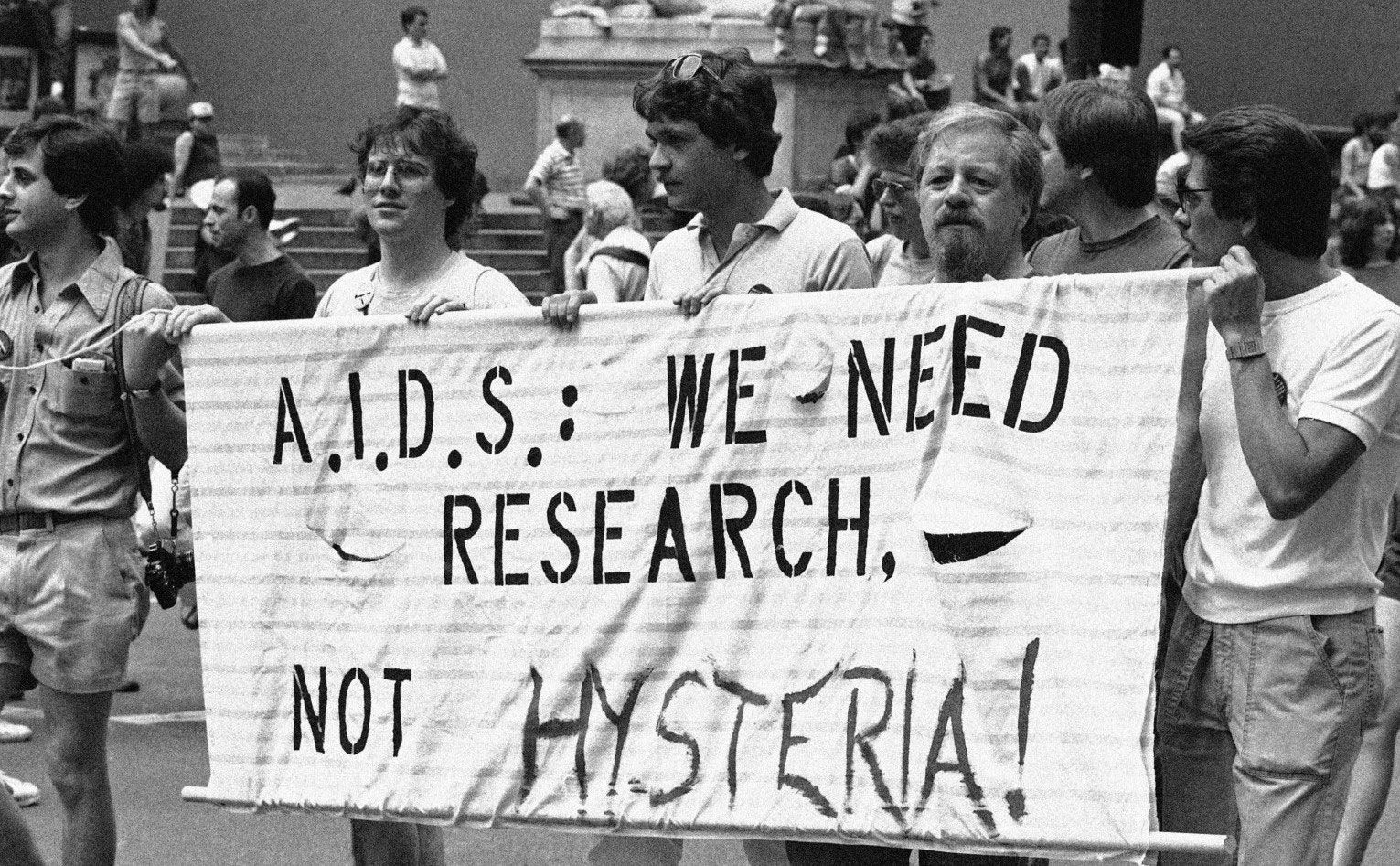 In the 70s, many volunteers were afraid to even touch people struggling with HIV/AIDS. As such a misunderstood virus tainted by queerphobia, people were afraid of “catching” AIDS just by touching patients. Many queer men died alone and suffered without human contact, empathy or decency. But Mary Jane was different. At the peak of the crisis, Mary baked 600 brownies a day for her patients, who she called her “kids”. As a mother who lost her own daughter in the 70s, she decided to take in young queer AIDS patients as her own.

Through her volunteer work, she offered cannabis-infused brownies to help AIDS patients suffering from pain and appetite loss. During her intense commitment to medical marijuana, she never tried to make profits off of her brownies and dedicated her time to servicing AIDS victims and making them feel loved. Just as if they were her own children. She was seen as a mom to many and became a part of many young queer people’s lives. This was especially meaningful as queer youth were often displaced from their families and without mothers of their own.

With her intersection of queer rights and cannabis advocacy, Mary became the target of law enforcement. But that didn’t stop her.

“If the narcs think I’m gonna stop baking brownies for my kids with AIDS, they can go fuck themselves in Macy’s window” – Mary Jane Rathbun

Mary was arrested in 1992 and testified in front of the San Francisco Board of Supervisors. She shared the medical benefits of cannabis in front of the board and encouraged them to make medical cannabis a low priority in law enforcement. After her advocacy in front of the board, “Brownie Mary Day” became an official day to recognize her work at the San Francisco General Hospital. Mary also set an influential precedent in courts by starting her own cannabis shop. Since cannabis was now a low priority to law enforcement, her hope was to open a shop without getting caught to set a precedent for others to do the same. Her plan took shape, and she was never busted, setting a new precedent for San Francisco cannabis entrepreneurs to open up shop.

In 1996, California passed Prop 215, the “Compassionate Use Act”. The act permitted medical cannabis use and marked a huge milestone in cannabis legislation. After passing in California, Washington, Oregon, Alaska and Nevada followed suit with the same laws for medical marijuana. And it all started with Mary Jane.

Cannabis and queer rights were closely linked together. With Mary Jane’s advocacy and humanity, she managed to support vulnerable groups using the power of plant medicine despite the legal and social risks. Through her activism, she worked towards cannabis legalization as we know it today, helping provide plant medicine for vulnerable groups. Though she passed away in 1999, her work in the AIDS crisis and for cannabis advocacy lives on today. Today on 4/20, her legacy lives on and gets to be enjoyed by millions across the United States.

Gabrielle is a Ryerson student in the Creative Industries program with a passion for diverse media and women empowerment. As a young, Queer, Woman of Color, Gabrielle is passionate about contributing to the Young Alpha series from a lens of intersectionality. She is also a fitness instructor and personal trainer eager to advocate for physical and mental health for young women.