Did you know that the most iconic and famous dances and dance steps in the world are all named after…men?! Famous ballets like the Nutcracker, Sleeping Beauty, Swan Lake, Romeo and Juliet, Cinderella, and Coppélia are all choreographed by men. Even one of the most iconic pieces of choreography to date, which was debuted and popularized by the Queen B herself, Beyonce’s “Single Ladies,” was choreographed by a man. No shade, but where are the women leaders of the choreography industry at?

Of course, there are numerous dancers, choreographers, and creatives in history that were women, but we don’t often hear about them because their fame is overthrown by the attention of men. Did you know that flamenco and expressionist dance were both created by a woman?

Women’s innovation in dance dates all the way back from the origins of ancient Egyptian dance and has continued to current day inventions such as the popularized Tiktok dance the renegade from Jalaiah Harmon. In the following YouTube video, we present four more names of women leaders and choreographers in the dance industry that you should know.

She started off teaching dance to earn money so that she could get her single mother and herself out of poverty. She went on to become an acclaimed dancer in the USA, Europe, and the Soviet Union and eventually opened her very own studio.

She can do it all. From being an award-winning actress to releasing a very successful debut album, and appearing on TV shows such as American Idol, the X-Factor, So You Think You Can Dance, Paula is a creative powerhouse. On top of it all, she is a fantastic choreographer; she’s even choreographed music videos for Janet Jackson. 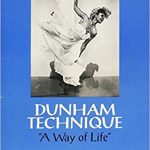 Dancer, choreographer, and social activist, Dunham is a very innovative creative. She choreographed her own ballet performance based on Caribbean dance and invented her very own technique, the Dunham Technique.

Actress, dancer, choreographer, and singer-songwriter, Debbie Allen has quite the resume. She is a three-time Emmy award winner and runs the Debbie Allen Dance Academy in Los Angeles, while also being a former member of the President’s Committee on the Arts and Humanities.

Women provide a key role in the dance industry, and it’s essential to give them the recognition they deserve. Countless other individuals are deserving of a mention because the real list truly goes on and on, but perhaps this will spark your curiosity next time you see someone bust a move.