5 Indigenous Lawmakers You Need to Meet

The Power of Women in Politics

Politics is often seen as a man’s race. It doesn’t take much to notice the lack of diversity in politics, even here in Canada. But there are many that are taking the stage by storm. Here are just 5 Indigenous women that you need to know who are changing the landscape of politics. These women are the real trailblazers of our country but they aren’t talked about and they aren’t well known. They all have a passion for wanting to change the status quo to create a country where other marginalized young girls and women can share in that passion and drive, and see themselves reflected in those who make the laws and policies that govern our country.

ody Wilson Raybould also known by her initials JWR and by her Kwak’wala name Puglass is an MP for Vancouver Granville and was the Federal Minister of Justice, Attorney General and Minister of Veterans Affairs under the Trudeau government. She was also elected regional chief of the BC Assembly of First Nations in 2009. The regional chief is elected by the 203 First Nations in BC. During her tenure, she was credited with bringing the chiefs together, and was re-elected regional chief in November of 2012.

Her Indigenous culture has been quite instrumental in her politics and decision-making, and it does not take long to recognize this. She was crucial in building and mending ties between the First Nations communities and the federal government. Through her time under the Trudeau government and even today, she is committed to helping First Nations and is seen as a champion in the community. 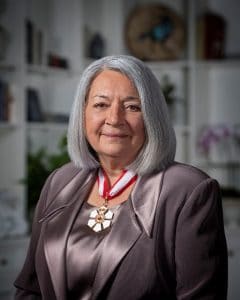 Mary Simon, Canada’s first Indigenous Governor-General, was sworn in back in 2021. Her work is grounded in Indigenous and Arctic issues and has garnered national and international recognition. She has been quite outspoken on advocating for Inuit rights, youth as well as education and culture. Moreover, Simon has been active and crucial when it came to the negotiations that surrounded the 1982 patriation of the Canadian Constitution. It is clear that her Indigenous culture has played a monumental role in her life and in her job. It is front and center in much of the work that she does and the knowledge that she teaches. 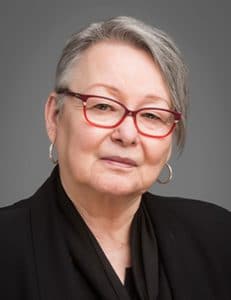 Sandra Lovelace is a Senator from New Brunswick and is an Indigenous rights activist. Lovelace is the first Indigenous woman to be appointed to the Senate and is a champion of change for First Nations. One of the many things that she has done for Indigenous people is the changes in the Indian Act that actively sought to restore the legal rights of “Status Indian” women and children. Lovelace also played an instrumental role in the Missing and Murdered Indigenous women case when it made it to the Standing Senate Committee on Aboriginal Peoples. Her love of calling out injustices plays a vital role for youth today and the impact that she has is tremendous for young girls who don’t quite see themselves in politics.

Mumilaaq Qaqqaq was an Inuk Member of Parliament who, at the age of 25, was Nunavut’s youngest MP in history. She has brought many issues to the surface regarding the injustices and challenges that Inuit face such as suicide, food insecurity, and housing to name just a few. Her love of activism came in 2017 when Qaqqaq participated in an event on International Women’s Day. Her main passion for activism comes from the pain and suffering that many people in Nunavut share with the high rates of suicide, which is almost nine times more than the national average.

Although Qaqqaq has left politics, she is still fighting for the First Nations communities and the lack of support that the government gives. Her goal is to continue to inspire youth in as many ways as possible and help them find their passion and fight for what is right and just. Her courage to dominate a space that has never quite been seen as youth-driven or Indigenous-driven inspires hope in all young people. 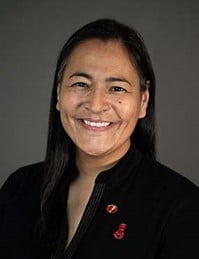 The daughter of a Quebecer father and an Innu mother, Michele Audette comes from the Innu community of Uashat mak Mani-Utenam in Quebec. She has played a key role in the relationship between Indigenous people and Canadian society since the 1990s. The work that Audette does centers around her Indigenous culture. For instance, she was named one of the five Commissioners that led the National Inquiry around the Missing and Murdered Indigenous Women and Girls. The work that she has done hasn’t gone unnoticed either. The University of Montreal honoured her with an honorary doctorate for her role and commitment to the cause of Indigenous women and the work she has done with reconciliation.

Not only are these women natural trailblazers in their respective fields within politics, but they are changing the way women and in particular Indigenous women and women of colour view politics. The obstacles that they faced as Indigenous women instilled in them the importance of Indigenous knowledge and passing it onto the next generation of girls and women.