The Fast Fashion Industry: Time to Reconcile with Gender Inequality

As the seasons change, trends adapt, and consumer interests shift. With these ever-evolving fads, one’s taste in clothing can be ever changing, ranging from being whimsical to formal in the span of a season. Clothing stores with shirts reading out “girl power” and “girl boss” are not uncommon. However, behind this outward portrayal of equality, the actions of beloved brands often contradict their words.

A Brief History of Women’s Fashion

How did the fast fashion industry come to be? Despite being a relatively new concept, the spiral toward fast fashion began as far back as the Industrial Revolution with factories, textile machines, and the first patented sewing machine. As the 1950s approached, functional and standardized fashion was increasingly becoming the norm following World War II. As companies later began to outsource their labour and consumers embraced new trends, textile mills began to open en masse across the globe, taking us to the present day. Today, studies have found that one-third of women believe clothes are old after donning them more than two times. It is perceptions such as this that give the fast fashion industry new life.

Additional strides that have been made today include the women in the fashion industry that paved the way for themselves. Names like Coco Chanel, Vera Wang, and Anne Klein have become globally coveted brands. But what of the names of the women at the core of the supply chain process—the garment workers and the women trying to progress their way up the corporate ladder to no avail?

The Women at the Core of Your Clothing 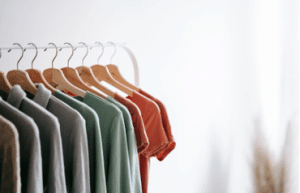 The fashion runway is built on the back of the unethical working conditions that garment workers are subject to — 80% of which are women. Many of the trendy items hanging on racks in society’s beloved clothing stores with cheap price tags tell the exploitative tale of how the article of clothing came to be. For example, in Bangladesh, one of the globe’s epicentres of clothing production, the average garment worker earns a mere $35 USD per month for approximately 60 hours of labour per week. Disturbingly low wages are coupled with the prevalence of physical abuse, discrimination, and hazardous health conditions in factories. In the background of this, some of the globe’s most prominent brands line their pockets. As consumers buy into the short product life cycle of the fast fashion industry, garment workers continue to work exploitative hours to meet the fashion industry’s insatiable consumer demand.

Gender inequalities plaguing the fashion industry are mirrored in the corporate sector, as few women are found in management positions in this industry, despite women spending nearly 40% more per year on apparel than men and 85% of graduating students from top fashion schools being female. The result is that only 14% of the top fifty major fashion brands are spearheaded by women.

The aforementioned all suggest the fashion industry needs reckoning. To that end, it falls to consumers to change the status quo. By shifting consumer tastes yet again— this time away from rapidly changing fads and towards accountability, brands will be forced to reconcile with ethics, environmental concerns, and address gender equality implications in the process.

Previous Article
Meet Some of Consulting’s Most Influential Women
Next Article
SHAREHOLDER ACTION ALERT: The Schall Law Firm Encourages Investors in Embark Technology, Inc. with Losses of $100,000 to Contact the Firm