Q&A with Urmi Bhattacharya, Gender Editor at The Quint

Tell us about your professional journey and how did you end up in the position you are in now.

I think I pretty much stumbled upon it – or at least, I found my way to it right at the time I was meant to. With a Masters in English, I wasn’t sure what to do straight out of college, so I picked up publishing and stayed a book editor for two years. But while I love books, this wasn’t for me. I left suddenly and bravely (in retrospect, stupidly) one morning without a job in hand because I just didn’t feel “fulfilled”. It seemed way too romantic a notion to explain to anyone. I picked up anything after that – writing jobs, journalism assignments for small magazines and newspapers. I knew what I was good at and no one was going to stop me anymore.

Finally, when I joined The Quint and I began to write, report, research, shoot and investigate, I knew I’d found my calling. When focuses became narrower and I began to work exclusively on stories of women, and about women, I knew I wanted to do nothing else. I only want to tell stories of gender and intersectionality, of socially excluded communities, of unfair usurpers of power, of the underdog and of the survivor. I continue to do just that.

Being a woman leader can often require a lot of bravery. What in your personal life enabled you to be such a brave woman? Do you believe you are brave and if so, do you purposefully cultivate your bravery? How do you do this?

I don’t know if I considered myself brave straight off the bat, but I think I do now. I work almost exclusively on stories of survivors – women and sometimes, men who’ve survived sexual violence, assault, crimes perpetrated against them. I am a survivor myself and it took me three years of telling other women’s stories to finally be able to tell my own. It hurt the night I told it. I cried, I shied away, got afraid, and then I cried some more. But I told it, because it was finally time.

But while my own story fuels some of that angst for social justice, I always know it isn’t just about me. It’s about every person who didn’t get a place at the podium or a chance to speak, and I want to tell herstory. A large amount of my bravery comes from the stories of the women that I tell. It comes from my wonder and amazement at the trust they place in you, as a journalist, believing that you won’t exploit their voice. The bravery comes from gaining a little perspective every time you see the fight someone else is fighting. How can you aid that? You ask yourself. The bravery comes from knowing that if you’re doing this, if you’re helping even one person reach a courtroom, a police station or the headlines long enough to be taken seriously, then you’re doing something right.

Women in the c-suite are underrepresented in all industries and government. Realistically, what do you think we can we do to change this, what levers can we pull?

Absolutely. The gender gap is appalling, and the gender pay gap even more so. We need to keep showing up, keep making our voice heard. To every person that tells you, “can you cut out the feminism?” or “does it matter if she gets in or not? You did”, say, “Not as long as you need educating” and “there’s room for more women, always”. Say it and say more home truths, irrespective of another’s supposed annoyance at the dismantling of the patriarchal status quo.

I think, as women, we are often taught to fear that the world is already ruled by men, do “there’s only room for you, love; forget your female friend/s”. Wave that awful diktat that was invented by men good-bye and invite more women to the table. Mentor them, tell them not to be afraid to voice their opinion, tell them not to worry about being liked or apologizing to the bosses or smiling and being congenial. It’s important to be a good person, not a docile one. 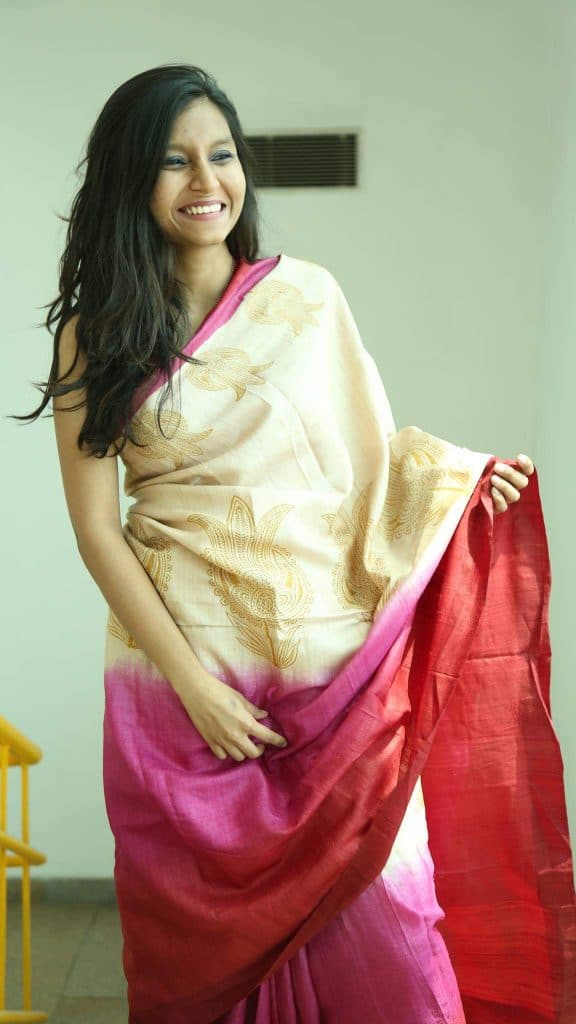 Do you or have you had any mentors during your professional journey and did they make a difference in your career trajectory? Are you mentoring others, or do you have any plans to mentor – women or men?

I’ve had several – but more than bosses, I’d say my mentors were colleagues. These were women colleagues for whom, it would have been easy to not help me out, to not tell me how to do things, to not encourage me or shower that extra word of praise, to simply be cold instead. But I’m grateful that they realized there IS more room at the table for us all, and we helped each other out.

I want to believe I’m doing the same for others: recognizing those who’re entering the profession at an age that I once was, with a stumbling sort of confidence that I once had. I want to tell them the same thing my father once told me: “It’s not a rat race if you’re not running in it. Let the others run, you do your own thing. Run in the opposite direction if you will!” If there’s one thing I could tell any woman should they be unlucky enough to come to me for advice, it’d be to compete with no one but yourself. Who cares if she/he “appears to” write better, compute better, talk better? You do your own thing. No one’s going to be able to do it with the quite same individuality!

My greatest challenge at my job is definitely to be able to draw a line between the emotional attachment and the let’s-go-home-and-netflix-and-forget-about-it-for-a-bit. In time though, I’ve begun to realize that it’s okay not to be able to do that. As a journalist who covers stories of rape and sexual assault, I don’t think I’ve ever NOT followed up with a person whose story I wrote, to ask if she/he got justice, if someone helped out, if she/he’s in a better place. I find it hard to draw the line between objectivity/all in a day’s work and returning to a site, again and again, to see what else I could do. The challenge is to not let it affect me to a point that I can’t function if I feel I’ve “failed” or been “unhelpful” to a story’s subject, but I’m learning.

I don’t know if I’ve reached a “greatest achievement” pinnacle yet. There are probably many tiny little achievements every day. Showing up on days my anxiety’s through the roof, for instance, and I want to see no one and talk to no one. Allowing someone in – a colleague, my partner, my parents – and telling them why things seem dark that day, and then getting through it. Not getting any work done on some days and still managing to forgive myself. I think it’s all okay!

What do you do to keep yourself mentally and physically fit?

Both, so so important! For the first, I talk – as much as I can, and to whoever will listen. I’ve never been one for bottling up my feelings, so whether it’s someone I have a conflict with, or a compliment I want to share, or even a fight with an old friend I want to have, I generally go for it, without trying to hurt anyone’s feelings. I also take myself to therapy whenever needed; I’ve had anxiety and OCD since I was 13, and I’ve always owned them and believed them to be a part of me. I speak about those things too, to whoever will listen! I also spend an inordinate amount of time talking to myself; don’t rush me when I’m late, next time.

For the second, I work out, a lot and whenever I can – which is almost every day. I believe you can always make time for a workout, if you can make time for other things. On days I don’t want to, I tell myself, “but think of how you’ll be feeling exactly an hour from now once you’ve finished it!” That sense of adrenaline, that rush of achievement, and that feeling of being at one with your body always gets me going.

What excites you most about the next 5 years of your career?

The idea that it’s fluid and that I can do anything. Nothing ties me to one place, to one ‘career’ or ‘job’. The excitement lies in knowing the world’s out there for the having and you can do whatever you set your mind to. I genuinely believe I could be fishing in Alaska’s huge trawler boats in five years – or living in a settlement in Shillong – just as long as I’m happy.

Tags:
Previous Article
Q&A with Tahira Rehmatullah, one of the most powerful women in cannabis
Next Article
How Pharmacist Connie McLaughlin-Miley is connecting people with cannabis