June 18th 2019 was a momentous day, as we finally have a female CEO leading a public company that has listed on Nasdaq in the cannabis industry. Jessica Billingsley and her company Akerna Corp., will forever hold this place of honour. I had the chance to catch up with Jessica over a phone only a few days after this exciting event.

LA: What was the strategy in launching Akerna as opposed to doing an IPO for MJ Freeway? 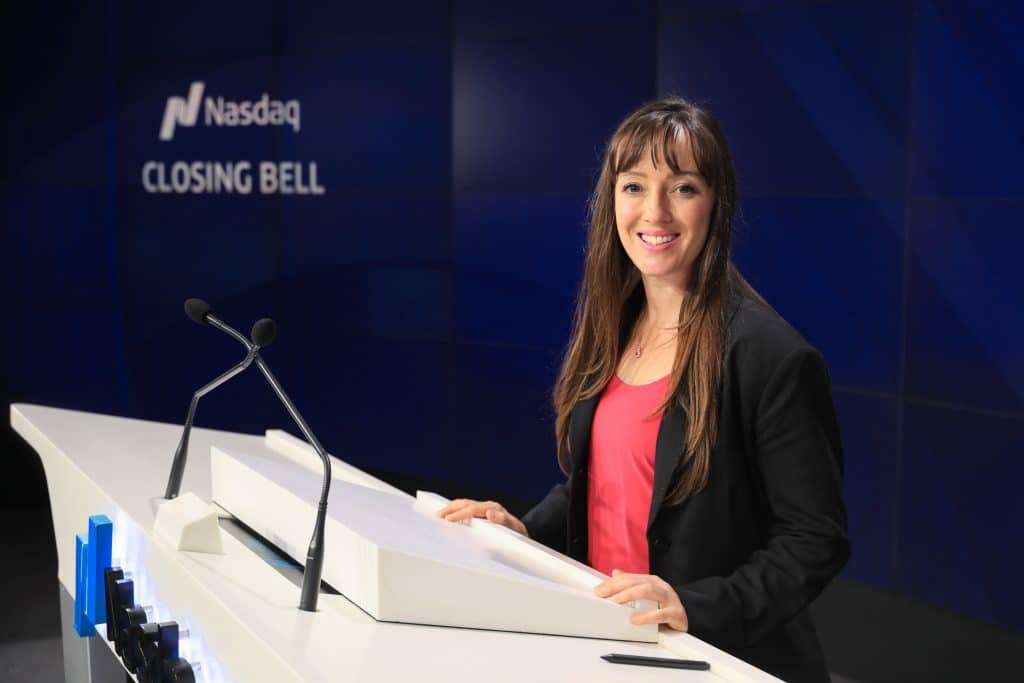 JB: There were a couple of pieces to it. Doing a merger through a SPAC (Special Purpose Acquisition Company) can be an affordable way to list for a smaller company. In our case, we were looking at a similar cost to listing on our own, but it was the time savings of at least 6 months that was significant. Considering the rate of change in the cannabis industry, we thought this was a reasonable route to public listing for us from a strategic standpoint.

LA: Were there increased roadblocks to getting listed on Nasdaq because you serve the cannabis industry?

JB: We had an extended review process with both the SEC and Nasdaq. We are the first cannabis technology company to list on a major US exchange, so they certainly spent the time and did their due diligence with us. We were able to walk them through our business model. You can think of us appealing to both sides of the aisle in that we don’t directly facilitate the consumption of cannabis. We’re pro-cannabis, but our role is to help ensure compliance and regulation, and to help businesses comply with applicable laws in their jurisdiction.

LA: Do you see significant changes coming any time soon to the regulatory landscape in the United States?

JB: We’re excited about some of the pending legislation, such as the Safe Banking Act, which we believe will pass this year and it should open up banking services to the industry. We’re also excited about the pending States Rights Act, which President Trump has said publicly he would support, and it would end the Federal/State conflict. We think that’s a little farther out, but meaningful change is on the horizon. I believe we’ll have an end to the Federal State conflict in less than 5-years time.

LA: What is the origin story of MJ Freeway?

JB: 10.5 years ago I invested in one of the very first licensed cannabis businesses in Colorado. I also owned an IT services business at the time, so I was asked to choose the software to use to run our cannabis business. I could not find anything that I could adapt to meet the unique compliance needs of cannabis, so the idea was truly borne out of a need that I was very close to. MJ Freeway was founded 9.5 years ago, and we invented the concept of seed-to-sale tracking. If you go to seedtosale.com, you’ll still be redirected to MJFreeway.com. 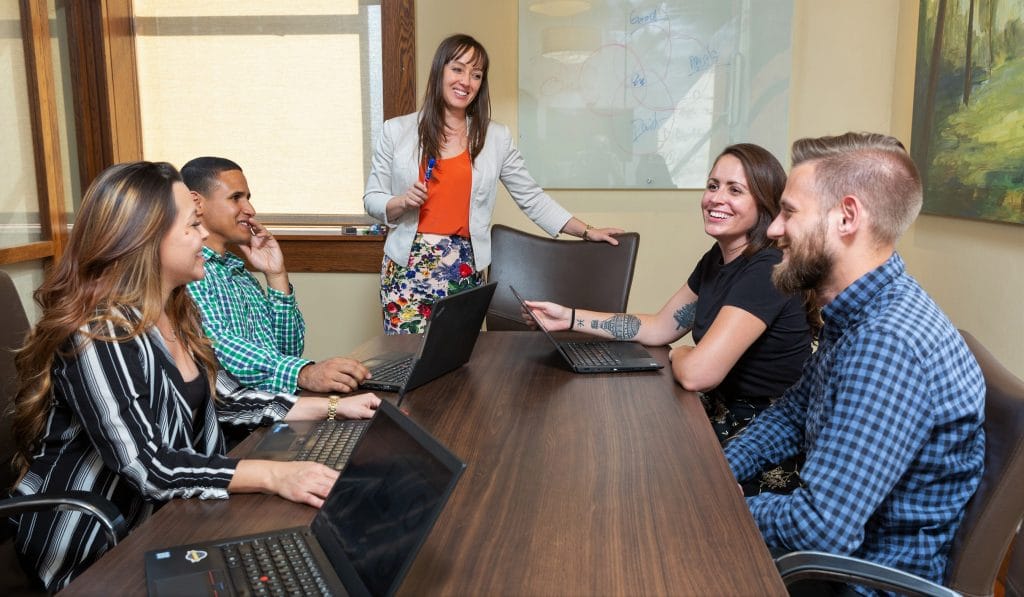 Jessica and members of the MJ Freeway team

LA: You have faced some pretty dire moments dealing with hackers. What are you doing to address security on an ongoing basis?

JB: Cyber security is the #1 threat facing all businesses. We were the first in the cannabis industry to have to deal with a malicious attack. Our attack took place a couple of years ago on a legacy product that is now retired. The attack was malicious, but we followed best practices, so our data was encrypted and remained secure. We recovered over 90% of the data and had a good outcome considering the event. Today we have a new product that is architected and supported by premiere cyber security protection. We spend more on cyber security than most of our competitors make in revenue.

When you think about what it takes to be resilient or antifragile, often an attack of this nature could be crippling. But for MJ Freeway, it became a springboard for growth. We’ve experienced double digit growth twice over since then and we’re now publicly traded on Nasdaq.

LA: What were the biggest issues you have faced scaling your company?

JB: I often think about challenge and opportunity as being sides of the same coin and growth and scale are very much part of that. For us, it’s foreseeing the pace of the industry and then innovating and building before the industry gets there. We’ve done that for 9.5 years very successfully with our first mover/leader market advantage, but that has required us to predict many times where the industry could be heading and then scale based upon this prediction.

I think there’s an inherent challenge and yet opportunity in skating to where the puck is going.

LA: What are the techniques that you use to determine your product roadmap?

JB: We very deliberately built our culture based upon 3 core values that we live by. They are: Do the right thing, be part of the solution and show people you care. Innovation really speaks to the 2nd value. It’s aggregating all of the pieces of information that inform us about the problems our clients are facing even before they are aware. Our longevity, reach and data enable us to predict trends fairly scientifically through analytics before they’re hitting the newsstands.

LA: What are the biggest short and long-term priorities for Akerna?

We’re always focused on business fundamentals and long-term value creation – providing more value than we cost to our clients. Our vision for Akerna is to drive organic growth and, in the future, lead cannabis tech consolidation, which is essential for the sustainability of our rapidly scaling industry.

I admire Bernard Marr and his book on smart data. He makes a point that you can have all the data in the world, but if you don’t know which questions to ask, it doesn’t really matter. It’s really about helping to ask the right questions and being able to answer with data that helps solve complex challenges.

LA: Which regions of the world do you believe will open up to cannabis next? 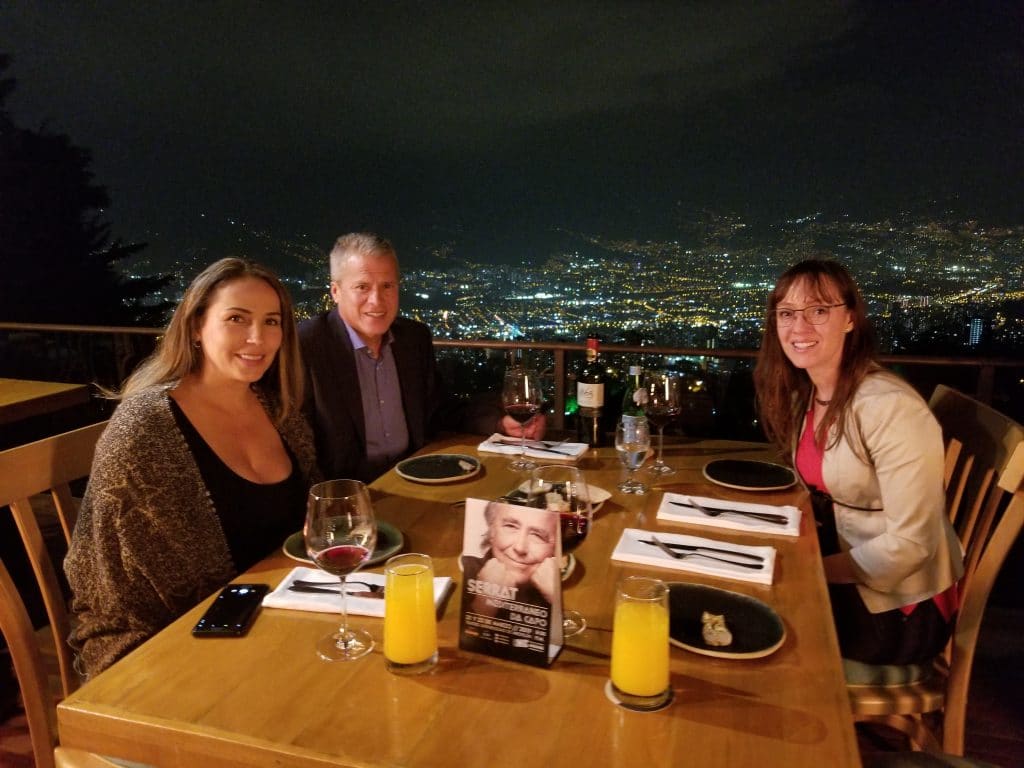 Jessica at a recent meeting in Colombia

Latin America. Also, I believe Asia will become a real presence in the next couple of years. We’ve opened an office in Colombia and are very focused on the Latin American emerging markets. I recently visited some clients in Colombia and was impressed by the scale and sophistication of their operations, as well as their low cost to manufacture. They’ve also built brands. In North America, we need to take note that partnerships and international business will be key to long-term success of cannabis.

LA: Have you encountered roadblocks or challenges while raising funds because you’re female?

JB: In almost every investor meeting I’ve been in over the past 9.5 years, other than my former business partner, I’ve been the only woman. That is the reality. When I look at the valuations that I was able to raise through private funding vs. my male counterparts in competitive or similar businesses, my valuations were lower. Was that because I was also the first-to-market and therefore breaking that barrier, so there was a perceived risk evaluation that was placed on us for being first? Certainly possible. It’s hard to say if my being female had anything to do with it. I have not felt that my femaleness was ever an impediment to my work, but as I achieve higher levels in business and interact and operate in different circles, I am acutely aware of how few women are at the table.

LA: How do you think the discussion would change if people and companies funding businesses were partly women?

I’m not sure that it would. Our product is totally gender agnostic so I don’t think that I would present it differently. The reality is the rules are different for women. People pay attention to what you wear and how you look as much as to what you say. This is not true for men. Women are held to a higher standard. A male colleague of mine recently asked me if I was ready to be a CEO. He was explaining to me how now I won’t be able to go to Vegas and let loose, and I looked at him and thought ‘this is the world I already live in! ’ As a woman, I’m already scrutinized and judged for my behaviour.

LA: Any words of advice for women who are trying to raise funds? 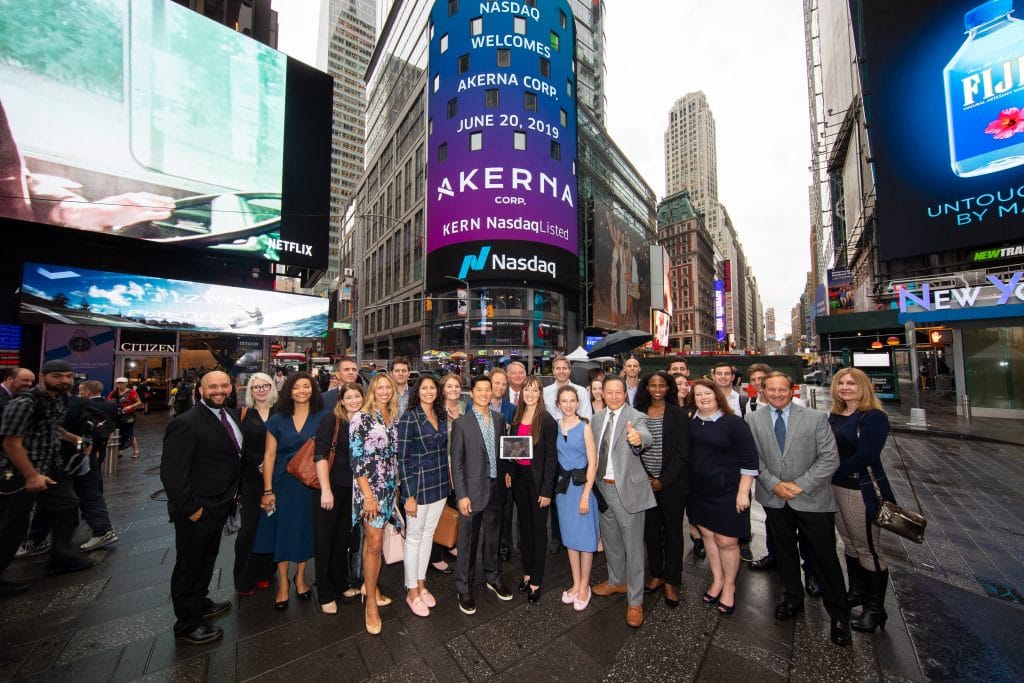 JB: Women often are more conservative in their projections and approach. When they are more conservative and their male counterparts are more aggressive and optimistic, they will be judged as though they presented just as aggressively and optimistically. My advice is to find mentors who will coach you on how they would present, how they would talk and ensure that when you’re presenting to predominantly male investors – which is just the reality – that you are presenting your opportunity in a way that they can evaluate apples to apples. If you don’t, you will always be undervalued.

LA: What kind of culture are you building to disrupt the trend of women leaving the tech industry?

JB: We talk a lot about getting women into STEM, but not a lot about keeping them in the industry. The fact that 56% of women drop out of tech in the first 10 years is pretty staggering. We focus on changing that metric. We developed an internal survey mechanism that we constantly scrutinize to evaluate whether a particular demographic in our business feels that they’re getting equal or fair treatment or that they wish to weigh in on a specific issue. That feedback loop of internal communications is instrumental for us in our retention practices.

Because we’re a female-led company, we attract a diverse pool of talent and we always hire the best candidate for the job. We intentionally make our culture and environment friendly and welcoming to everyone. We also have started a CSR campaign called the One Woman Challenge (#OneWomanChallenge). We believe that real and meaningful change for women can often be packaged in a small act. The intent of this campaign is to encourage people to help a woman in her career¾even in a very small way. I’m proud to report that many of our male leaders are also participating in this campaign. We’ve deliberately structured it so that everyone in the company has an interest in keeping women in tech.

Previous Article
Don’t be Humble. Put on your Crown.
Next Article
Top 7 burning questions for Amanda Ostrowitz, Founder and CEO of RegsTechnology