Janielle Denier is Founder and CEO of Rainfactory, a marketing agency that specializes in strategic customer acquisition. Janielle holds a joint BA in Mathematics and Economics from UC San Diego. Her hands on experience managing enterprise online advertising (PPC/SEM & media buying) and deep knowledge of attribution modelling beyond last click in order to drive record month over month and year over year revenue growth has helped many clients strategically grow business.

Alpha Woman had the chance to catch up with Janielle to talk about creating a successful crowdfunding campaign, growing a company and forging her own path in life.

AW: Tell us about your career journey 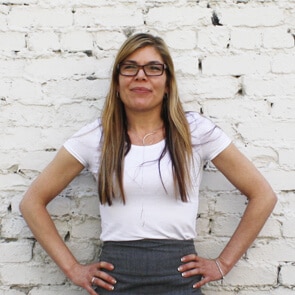 I took some time off from college and worked at a call centre. When  I had an idea I went to the CEO to chat with him, but it felt like he ignored me as I had no credibility in his eyes.  It felt like having a degree in Math would increase my chances that people would take me seriously when I had something to say.  I went back to college, switching my major from computer engineering to a joint Math Econ degree. Keeping in mind a billboard I saw in a mall I worked at in Jr. college that said “Math is Power”, it made sense and left a lasting impression when I was uncertain… I couldn’t imagine going into any job interview and hearing “I’m sorry you have a degree in Mathematics, you are not qualified”. It made the decision feel both logical and natural.

After graduation, I wasn’t sure what I was going to do with my joint major in mathematics and economics, so when a friend suggested I was a perfect match for Pay Per Click advertising, I figured, why not? In 2007 I ended up at a paid search agency and felt very at-home with the numbers side of it, which in turn helped me excel beyond expectations in the role. It felt like I had an unfair advantage as most of the people who were in PPC at the time had marketing degrees, not math/economics degrees.

AW: Did you ever feel dissuaded from studying math because you’re female?

No, never. I was always very good at math, and my teachers were super supportive. My father has a Masters in mathematics so I was very comfortable with math and always had great experiences. I was typically the classmate who helped others get up to speed and enjoyed teaching others.

Before I had a degree in Math, I definitely felt that people didn’t take me as seriously as I would like, and  that is why I levelled the playing field with Rainfactory.

AW: Tell us about how you ended up founding Rainfactory.

In my first year with the PPC agency I found a lot of success building huge enterprise strategies with million-dollar a month budgets, which helped me learn a lot along the way. My ‘aha’ moment was when I realized I could take these enterprise-level learnings and apply them to start-ups. 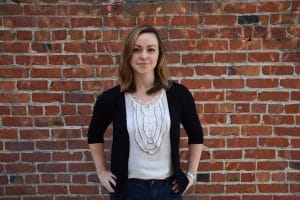 Rainfactory was founded after a startup that I was at needed a website built. My business partner, Kaitlyn Witman, was working for the web development firm that we hired, and after some ups and downs we ended up partnering with the CEO of the web development firm. He went out and basically sold Rainfactory as a growth hacking business, which of course, is a buzz term for what is actually just best-practices for customer acquisition.

Our first campaign was a talking “social” robot developed by a couple of founders from the MIT Lab’s Social Robotics Team. It was a super-challenging project – it took at least 5 meetings just for us to understand what the robot actually did. Also, the product was not cheap and our daunting task was to pre-sell it to consumers a year and a half before it was supposed to ship. It seemed quite impossible.

After a bit of research, we decided to run a crowdfunding campaign.  At that time there were no best practices in the crowdfunding space so we were building this campaign blind. We reverse-engineered our own landing page strategy and then we focused on working with the design team to develop a page that could convert well.

AW: How did you scale from this first client to the Fortune 500 clients that you now have in your roster?

So that Robot campaign raised $2.2 million, which was the largest tech campaign anyone had ever done on Indiegogo up to that point in 2014. As mentioned, we used enterprise-level techniques that are usually only reserved for very large companies with huge budgets for our start-up clients. Additionally, our strategy was to bypass the crowdfunding platforms and drive prospects to our own website where we could do agile A/B testing and then pass them through to the Indiegogo checkout page.

That was the jumping off point for us.

AW: How have you handled such rapid growth?

We were fortunate to have supportive partners that we worked with that first year. We worked out of their offices and they helped us structurally set up our admin processes. This was a huge help to us, and so that’s a piece of advice I would give to entrepreneurs starting out – don’t be afraid to partner with people that know how to do things that you don’t know how to do.

At that time I was arguably one of the best at paid search advertising, but I didn’t know that much about running a business, so this help was invaluable.

AW: What were the biggest challenges you faced in the first two years of launching Rainfactory? 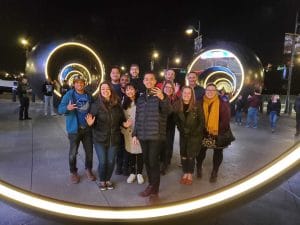 In our first year we only had one fail, but it was an important one – a campaign that didn’t work within the agreed-upon strategy. This was a critical learning lesson for us as we had built out the campaign, set it up to launch and at the very last minute, the client got cold feet and went into the platform and changed all the text and images. These were very fundamental changes and so we knew at that point that we weren’t going to be able to help achieve the sales goals we had agreed upon.

We learned from this that building trust with a client to the point where they are comfortable following our recommendations will be the biggest challenge we encounter in the kind of work we do. To counter this, we build predictability into the campaigns so clients have a sense of what to expect.

We do one of the hardest parts of marketing and we’re one of the best in the industry because we’ve figured out how to model and predict the success of these complex campaigns, which in turn helps our clients understand that this scientific approach requires calm perseverance.

On the leadership front, I’ve encountered male higher-ups who spoke to myself and other female employees in a negative way in front of other team members that was counterproductive to our success within the team. Pulling said higher-ups aside and explaining that “our success was their success” has ultimately proved to be an effective way to shut down the banter and move forward without conflict. A strategy I highly recommend.

Finally, I do believe that, as humans, we are our own biggest roadblocks. If you focus on things that can go wrong, that’s what will happen. And don’t ever believe that socioeconomic differences translate to “you can’t do something”. Know your stuff… find your power and get a degree and empower yourself.

AW: Very intriguing about developing predictable models. How do you do this?

Testing is our friend. We do go-to-market surveys where we ask the general population key questions so we garner insights prior to launching the campaign.

One of our other very successful strategies is we launch a landing page prior to the campaign and use Facebook to drive conversions so we understand our cost per lead and a general sense of the effectiveness of the messaging before we take the campaign live. We test and iterate until we reach an acceptable conversion rate and then we launch on the crowdfunding platform.

AW: Is there someone or something in your life that has caused you to be such a brave woman?

When people have doubted me, I made the decision that I was going to move forward with my own plans and create the life I want. I was the middle child and was often told I wasn’t good enough, or that I was somehow messing up. I felt that it was not true and at a certain point, I decided to refuse to let other people dictate what my life will be like, or how I felt about myself. You have nothing to lose if you have already “failed” and I always remind myself… do not get too excited when things feel like they are going well… and don’t get too down if things feel hard. It really helps with keeping the day-to-day on track.