Cannabis industry professionals will not be banned from the U.S. – but there’s a “however”

An update was made by the U.S. Customs and Border Protection stance on Canada’s legalization of marijuana and crossing the border.

Great news for everyone in the cannabis industry, as it does now appear that the threatened lifetime bans will not come to fruition. We’re seeking clarification and will report back with further information as this story progresses. 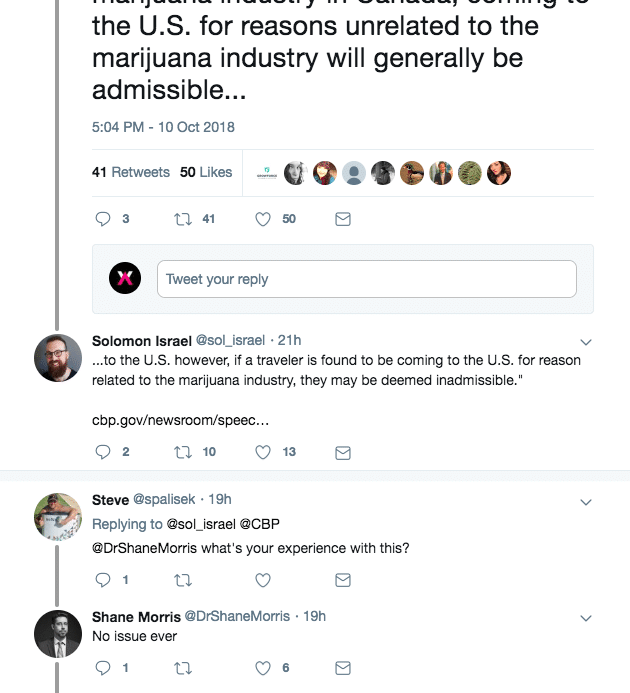 There's just something about the salty & creamy fl

In this week's article celebrating Pride Month at

Indigenous women enterprises have the power to tra

Dr. Desta Meghoo or Mama Desta as she is often kno

On this week’s podcast, meet Nancy Duitch, a bus

Our newest Editorial Intern is Alex Dyky, a 4th ye

We all have been stressed at times, especially dur

To kick off Pride Month at Alpha Woman, @gabby_nos

As we reach the end of Mental Health Awareness Mon

So many words of wisdom from Toronto-based persona

Alpha Woman Community! What are you doing tonight?

Melanie Paige is ready to bring her comic genius t

Have you ever seen @the_jenn_hayward_show perform

Do you have your tickets yet for the inaugural Alp

This is a very special edition of the Alpha Woman

This Saturday evening is the inaugural Alpha Woman